To create an Indie movie each Indie filmmaker must go through five stages to get the product or movie rather intentional or not intentional.  These indie film making stages may run together to a certain degree, but most of the processes included in these stages follow a linear pattern.  This makes the creation of an Indie movie straight forward in that iteration or returns to the first stage of the film production with adjustments is not as frequent as in other projects such as software design.

Indie movie production is a difficult process though.  In every stage of creating an indie movie, it seems as though getting to the next stage of the indie movie production process will be a relief, but the issues never stop until the movie is on the big screen.  However, creating an Indie film is the most exciting project an Indie filmmaker could get the privilege of participating in.

It is exhilarating to work with film and movie professionals.  It is fast-paced.  It is motivating to succeed in creating an indie movie.  And the Hollywood after-parties the indie moviemakers create are next to none, leaving stories and memories for the movie professionals a lifetime of enjoyment. 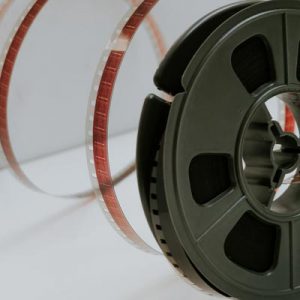 The Indie Film Postproduction phase follows the indie movie production phase, and it is where an indie film editor takes the photography and the sound and pieces them together, normally with an ADR.

Indie film Distribution is the last phase of indie movie production.  It consists of the normal distribution venues such as foreign sales and US theater sales and even a small amount of sales to the fledging DVD rental companies, as well as new indie movie outlets to streamers such as Netflix.  Movie distribution has come a long way in the last ten years with new and exciting movie venues to sell to. 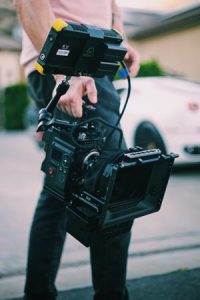 ” Cinematography has truly been taken to the next level with the digital cameras and the innovations in cinematography are growing by leaps and bounds, enhancing the film productions at ever-increasing rates.” 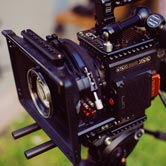 The variance associated with cinematography over photography is that while cinematography combines multiple photoshoots together to form a story, photography is the art of creating a single photo. Cinematography pre-digital camera was the art of filming moving feature film.  However, since movies have been shot nearly exclusively in digital in the last ten years, the cinematography is now the art of shooting movies with cameras containing digital sensors.
These digitally shot films are way more cost-effective than the old film stock shot movies. In 2020, Cinematographers, or Director of Photography, advertise their video clips on YouTube in hopes of impressing a future video customer and getting their next “gig.”

Many extraordinary video clips are showcased by excellent cinematographers and are entertaining to watch in and of themselves.  Espresso Films intends to build a video channel showcasing these cinematographer clips as well as movie trailers and movie shorts. Before the invent of the high-resolution digital camera and before pioneers like George Lucus and his amazing special effects and first-time use of a digital camera in a major feature film “Avatar,” costs were one of the most difficult costs for the Indie movie producer to come up with.  It was a must-have before every movie could start.  Many first-time low budget filmmakers would shoot their movies with stock shorts which are leftover pieces of film from other movies and resold to the low budget filmmaker and a discounted price.

These stock shorts were great ways for young producers to get the coveted first money to shoot the trailers needed to create the film “buzz” to kick the movie’s public relations campaign off.

However shooting an entire film on these shorts was an extreme method of cutting costs as each of these shorts, rather it is with 16mm or 35mm was of different compositions and with the same post-production process, would come out looking different.

Some of the innovations of cinematography, besides the change from stock film to the digital camera, were the innovation of the camera crane, wide-angle lenses, the addition of camera lighting, designed by the director of photography and implemented by the gaffer or lighting technician,  which was a major improvement to feature film, the inclusion of sound effects with the motion picture (can you imagine still going to the movies and seeing Charlie Chan?), and the advancement of Hollywood movie special effects which has brought the movie customer into a completely different realm.  The advancement of 16mm film to 35 mm film, coming in the ‘70s was another huge advancement in film.  During the transition period, one way to distinguish between a Hollywood “B” movie and a Hollywood major, was the Hollywood “B” movie was shot on 16mm.  These 16mm film cameras provided a clear definition and rise in the Indie Film world allowing Indie filmmakers to create their movies and sell them mainly on the foreign markets and a much cheaper price then the studio films.

With the innovation of 35mm film came to the innovation of the 35 mm movie cameras and the expense of the cameras was prohibited in many in the Indie movie world.  Indie producers would struggle at getting the funding which was about $130,000 back in the ‘80s to shoot their 80-minute feature films.

In creating a feature film, even though the film director gets the credit of the masses of movie customers, the quality of each part of the production is dependent on the quality of the professional providing the service.  The cinematographer provides to the art of the movie, the visualization of the movie or the way the film audience sees the movie.  He determines the lighting, the camera placement, the focus of the cameras, the lens size and type and the placements of each camera.  One example of how cinematography plays a major effect on the movie customer is his or her decision to put the focus on a near object or a far object.  When an actor’s face is important to reach out and grab the feeling of the scene, then the camera focus will be on the actor, however when the shot of the sunset is important to show what the actors or actresses are looking at, then focus of the camera will be on the distant sunset.

Lighting is another huge element in cinematography.  The Director of Photography or the cinematographer will design the lighting plan and give it to the Gaffer to incorporate into the production set.

All About Indie Film Project

An Indie film is a project as defined by PMI, Project Management Institute, the recognized certification organization as “a set of activities that have a beginning and an end and a unique good or service as the result.” The good or service must never have been created before. A project can not be a photocopy of another project, it must stand on its own as being unique. Hence, since all films are different, the production of a film is a project. The film industry has lagged behind most other industry in requiring producers to be PMI certified, but as the film and movie productions have increased in their complexities, many of the more advanced movie production companies are starting to give more weight in their employment of PMP certified Producers. With the understanding and implementation of PMBOK processes as applied to the movie production processes, the project becomes a more regimented, less risk-averse film production than in the days without these project management tools.

The beginning of a Film production, called film pre-production, starts with Packaging of the film. Film and movie packaging consists of first having a screenplay, then through a series of legal documents, attaching a movie director and film actors and sometimes a movie producer, and possibly movie distribution, then the film funding. Film Agents such as CAA (Creative Artists Agency) William Morris Agency and ICM agency will do much of the Indie Film Packaging. Indie Film Executive Producers can also package films. These film producers generally work for large Indie Film companies and are very well connected. There are lots of risks that a film producer can realize in packaging a feature film. Before a film actor or film actress or marquee film director will sign to act in a film, the money for his or her salary must be in place. If the Film Executive director gets the money in place and signs the movie actor and or movie actress, and if the rest of the movie does not go, they could lose significant film funding. One of the ways to mitigate this lose on an Indie film production and an incentive to make more feature films, the actor’s agencies and management companies have devised a part payment method of getting an actor’s signature such that film funding and other film elements can be brought together. For ten per cent of the actor’s total take-in, the actor will give his signature that he or she will star in the film at a certain date. Hence the movie producer is only out a smaller fee. The risk of a marquee actor is signing onto a film screenplay and having the movie not produced, hence devaluating the value of the acting talent.

Movie Production is where the skill in the Indie film world lies. It is a trained professional that excels more than the art side of the film where the natural film art is the most important. Degrees in Management and Project Management from Universities such as UCLA and USC are well coveted informing the next generation of Hollywood Film producers.

These page of Espresso editorials deserves a wide variety of attention. It is one of the most important aspects of Independent Film making. We can talk and talk forever about the methods and value of each niche in showcasing and selling independent films. There as many ideas as there are films partaking in the schemes.

Short films produced mostly by first-time filmmakers are the most exciting marketing efforts in a film-makers career, but often the most frustrating. When a young film-maker finally gets his credit card, favor promised, a low-cost short film made, which he thinks should be a blockbuster hit getting buy-in from his girlfriend and his mother and now, he needs some desperately needed exposure to prove the film festival owners that they are simply wrong in there rejections. 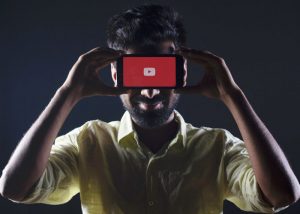 Cannes International Film Festival in France was chosen as a single topic of editorials by billyLAx because of its significance in establishing the groundwork for each year’s Art House indies. Particularly in 2020, due to the pandemic hitting at nearly the same time as the kick-off of Cannes, forcing its shutdown, Cannes, or the lack thereof, required a topic in and of itself.

Even though Cannes Film Festival was cancelled this year(2020), and no awards were given to any film, the Festival did make the usual 56 selections stamping the great films helping them to achieve the Cannes accolades necessary to advance their films within the other festivals and markets.

Most Valuable informative platform for Movies and Films 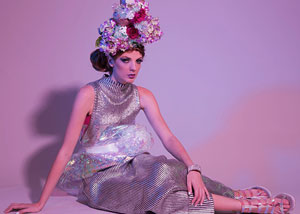 “Times were terrible for those of West Indian descent which included police harassment of their establishments including a restaurant named the Mangrove in West London.”