Hi there! This is Maxx TEE, by night He is an aspiring actor, and this is his website. He lives in Los Angeles, have a great dog named Rex, and He likes piña coladas. (And gettin’ caught in the rain.) 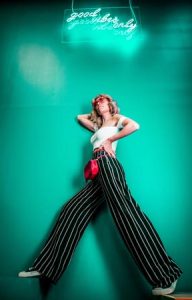 “Maxx has the inside scoop of Hollywood parties, where they are at, and who will be there. He knows about the Hollywood Stars, and has meant many of a celebrity.” 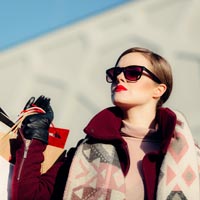 Maxx TEE is a film making talent to be reckoned with. His eye is extraordinaire for the metaphysical theme in Art House Film making. He is also an actor’s director with an excellent ability to get most of the acting talent around him. One of the reasons he is so gifted at pulling the great acts together is he has been acting since he has been eight years old. He started in his grade school plays, combined his musical talent with it, and starred in many plays up to and including now. Maxx plays a wicked guitar, plays the piano, and has a great voice. He also excels at dance and is right there with the best of them. To watch Maxx TEE dance makes a non-dance fan into a dance fan. His athleticism is right there with a professional athlete. He picks his partner up with one hand and spins with her with the ease of a swan. The pure joy from his face shows his brilliance towards the sport.

Maxx TEE was born in Los Angeles and has lived in Hollywood a great deal of his life. He understands the “City of the Stars” and when any of us here, want information on how this city works, we go to Maxx TEE. CC bel and Maxx TEE went to a Hollywood insiders party two weeks ago and they are still laughing at the crazy Hollywood people they ran into. Their girlfriend’s, both actresses, are not laughing though as Maxx TEE and CC bel both made a spectacle at least to the eyes of their girlfriends. I will say this, the two are out of control but make the party lively. Whereas sometimes things get a bit over the top, when it comes to Maxx TEE, the fun and entertainment he brings everywhere he goes, makes him well worth being with him.

Maxx TEE has a visual gift for telling his stories. He has shown that in his artwork and animations he has done on Second Life. Second Life is an animation program millions of armatures have joined to created classrooms, virtual offices, and such. Maxx TEE is intending to take his Second Life Animations to YouTube as part of Espresso Film’s lead on animation and creating an Espresso Film’s virtual movie office, displaying it on the website. Maxx TEE will be a natural when it comes to animation features and Espresso Films will take great care in not letting him get taken away by the giants like Pixel Disney, Warner Brothers, Universal Studios or one of the highly sought after and influential Hollywood animation companies. I keep telling Maxx TEE, he better not take our movie training and run, kind of half joking and kind of not. Maxx TEE is the ultimate movie professional and he will make Espresso Films, his first company, land high in the world of Indie films, no matter what his career decisions will be.

I hired Maxx TEE as well as CC bel as Digital Marketers. We are specializing in Film and Movie Digital Marketing and we call our company Espresso Films. The two do a great job at building their social networks, both have a Facebook movie page, and it is going fine. Maxx TEE is excited about what Espresso Films can do for his film career. Maxx TEE knows that he can finance and gain interest on his movie before he has one dime of production money, just with the online presence he is creating for himself as well as the pre-production film exposure he can get with our YouTube channel and his online social network. I teach both Maxx TEE and CC bel to build horizontal film-oriented social networks. These networks include LinkedIn, Facebook, Twitter, Instagram, Pinterest, and Snapshot. When the network gets large enough, and Public Relations gets enough steam, both Maxx TEE and CC bel’s careers will depend only on their directing abilities.

The other nice thing about starting Maxx TEE in Digital Marketing, is that they make money for themselves and for Espresso Films, straight out of the gate. It takes a while to get the social media moving, but as anyone who is operating with the platform that I and Zalak have created, money starts flowing right away and increases exponentially. Maxx TEE’s first film, “Born to Ride” is now in pre-production. “Born to Ride” is a story on Sally and Kyle who have come to LA from Missouri to make it in the movie business. It is a metaphysical movie, Maxx’s speciality. Neither Sally nor Kyle had taken so much as a drag from a weed pipe, but soon after they entered the city, both on their innocents were lost. They ran out of money and Sally found a Karaoke bar to employ her talents in. The talents not being singing talents of course. The tragic ending of Sally and Kyle will put Maxx TEE on the map.